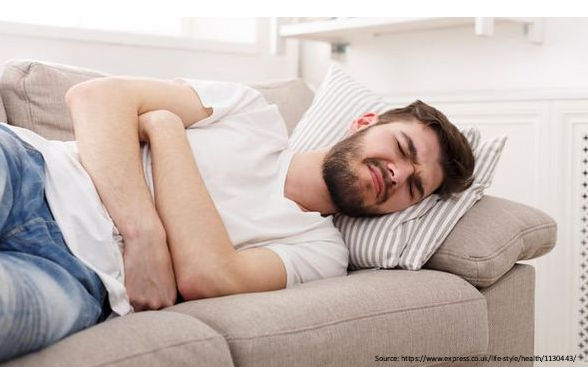 Stomach cancer is most common in adults between the ages of 50 and 70. Men are more likely to have it. Surgery, radiation, and chemotherapy are all options for treating gastrointestinal malignancies.

Even though we all suffer stomach aches now and then, pain isn't usually an early sign of stomach cancer. So, instead, what should you be on the alert for? Here's what you need to know about stomach cancer.

Stomach cancer is medically known as gastric cancer. Cancer can create a tumor or ulcer within the stomach or spread widely throughout the entire wall.

Stomach cancer is most common in adults between the ages of 50 and 70. Men are more likely to have it. Surgery, radiation, and chemotherapy are all options for treating gastrointestinal malignancies.

Stomach cancer can be successfully treated in its early stages. Hence, the early warning signs of stomach cancer should not be overlooked.

Early indications of stomach cancer are often so common that they go unnoticed.

Stomach cancer is one of those problematic diagnoses where most people may have experienced symptoms in the past. Even so, they are typically subtle symptoms that can be mistaken for a variety of other benign gastrointestinal (GI) conditions.

Some of these early symptoms include:

Because these symptoms are commonly ignored as normal GI concerns — which are for most individuals — stomach cancer is generally discovered in advanced stages when it is ultimately identified.

Warning Signs to Look Out For

According to Dr. Sandeep Nayak, an experienced cancer specialist in Bangalore, India, potential warning signs of stomach cancer include:

1. You lose weight abruptly, and your appetite decreases.

People stop feeling hungry and, as a result, begin to lose weight without even trying. That is most likely the most alarming symptom.

This could result from a slow blood loss, indicating malignancy, combined with a sudden weight loss. Anemia, or a low red blood cell count, can result from blood loss, which is most likely the cause of your fatigue.

3. Your feces or vomit contains blood.

This is a rare occurrence, but it can occur if you lose a lot of blood.

4. Even if you have only eaten a small bit, you feel full.

5. You have noticed a shift in your bowel movements.

Perhaps you have been suffering persistent bouts of diarrhea or constipation.

6. Symptoms of gastrointestinal discomfort that do not go away.

For example, you have had nausea or abdominal discomfort for more than a couple of days.

7. You are having GI symptoms you have never had before.

For example, reflux - a condition in which the contents of your stomach go up into your oesophagus. These are all indicators that you should see your primary care physician to evaluate if you require additional testing.

The majority of the time, these symptoms are caused by something else, but it's best to get them checked out so you can seek treatment as soon as possible if you do.

What are the elements that put you at risk for stomach cancer?

Apart from H. pylori, several other factors can raise your risk of stomach cancer, including:

How can you reduce your risk?

We consume a lot of processed and unhealthy food, which contributes to our mild symptoms. We need to return to a more natural, plant-based diet.

There's no denying that the evidence supports a diet high in fresh vegetables, low in fruit, and low in meat, mainly processed meat.

Avoiding these toxic foods lowers a person's risk of developing cancer and the stomach symptoms that come with consuming them.

Don't be alarmed if your gastrointestinal system appears to be acting strangely.

Most of the time, GI symptoms are caused by benign reasons rather than stomach cancer. Our digestive processes can be highly temperamental at times.

Tips To Reduce Your Risk Of Colorectal Cancer

Dr. Sandeep Nayak, an acclaimed surgical oncologist in India, believes that improving your gut health is the first step in minimising your chance of acquiring colorectal cancer. One of the greatest ways to avoid colorectal cancer is to have a healthy lifestyle.

Do wireless devices cause cancer?

Many individuals believe that the increasing number of gadgets in our life increases our chance of developing cancer because of the theory that wireless devices cause cancer. This has been ruled out by scientists, though. EMFs from wireless gadgets do not seem to cause cancer, according to a statement from the World Health Organization (WHO).

Testicular cancer is the most prevalent type of solid tumor in teenage and adult men between the ages of 13 and 40; however, it can strike at any age from childhood to adulthood. The good news is that majority of testicular malignancies can be cured.

Enter details,our team would approach to help you as soon as possible.